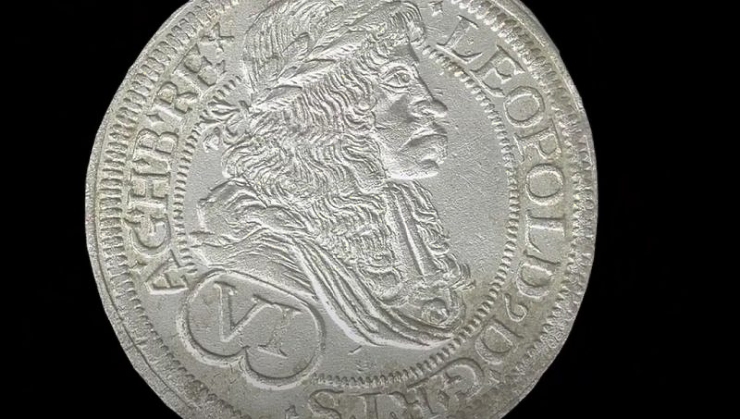 Four years ago, a gentleman and his son went for a walk in Ostrava-Hulváky and discovered a treasure. It was nearly a hundred silver coins. According to experts, someone probably hid the coins during the 17th century riots.

The treasure was located in the area of the old road connecting Mariánské Hory, the former Čertova Lhotka, and Zábřeh. The finder preserved it in an exemplary manner and called the Ostrava Museum.

"It was necessary to carry out a rescue archaeological survey. We were then greatly helped by the mayor, Tomáš Macura, who secured permission from the Ostrava Urban Forest within two days. If we had started digging there without permission, we would have been in trouble," recalled archaeologist Roman Bertha.

The scientists examined all the coins and fragments with a scanner. The hoard then went to the Ostrava Museum for safekeeping, and a publication was even written about the hoard.

Most of the coins date from the second half of the seventeenth century and were minted in Silesian mints. Some of the coins depict Leopold I with a pursed lip, which was typical of the Habsburg family. Sufferers have a lower jaw so elongated and protruded that the lower teeth protrude over the upper ones, so that they often cannot even close their mouths.

"Troops have passed through the region, military engagements have taken place here. The locals were able to hide their valuables for fear of looting. It was probably for this reason that hidden coins were found in the centre of Ostrava as early as 1965. They may have been hidden by their owner in 1623 when military units passed through the town," Bertha recalled.

Another treasure found in Ostrava in 1965 is also known. The coins were discovered by digger A. Mašek. He reported the depot to Ostrava archaeologists, who arrived at the site and pulled the pot with 228 coins out of the ground.

The oldest coins of the hoard are grosz from the reign of Vladislav II. Otherwise, the coins come from Silesian principalities such as Nisa, Lehnice-Břeh and so on.