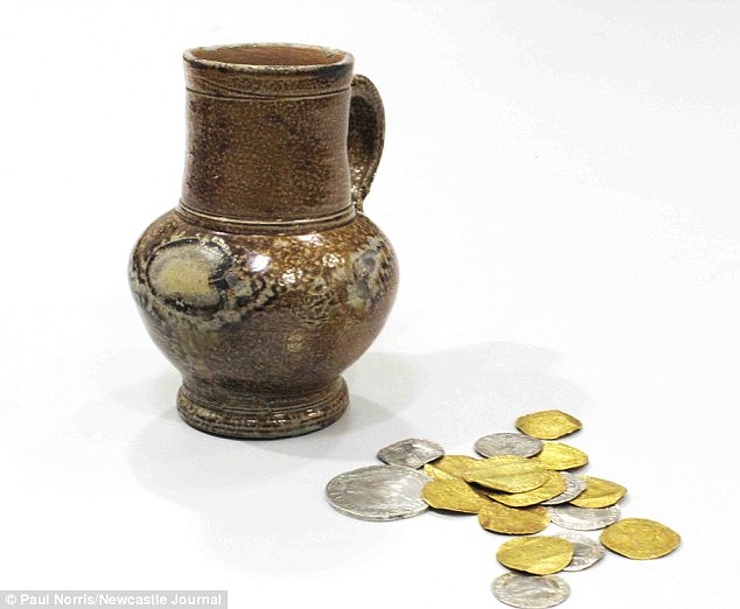 The builder Richard Mason of Lindisfarne (an island off the coast of north-east England) discovered a collection of gold and silver coins. They were in a jar hidden in the cellar. One of the coins depicts Clement VIII, who refused to annul Henry VIII's marriage to Catherine of Aragon in the sixteenth century.

The coin, called a scudo, comes from Ancona in central Italy and is thought to be perhaps only the second coin of its kind to be discovered anywhere in the world. It is so rare that experts contacted by Mason in Italy know of only one other similar coin that has been sold in the last two decades.

In all, the found collection contains ten gold and seven silver coins from the 1640s to the 1660s. Mason showed the depot to a local archaeologist who contacted the British Museum. Some time later, the coins were declared treasure. The Hancock Museum wanted the money.

Mason, then 38, runs a construction company with his father. The house they were working on was built in 1962, but it sits on the remains of a 14th-century structure. I thought it was strange, so I started looking and pulled out a small jug. It was covered in mud and dirt," Mason recalled.

"I quickly looked inside, the jug looked empty. I threw it in the back of the van. Later, I thought it would be nice to do a spring cleaning. When I turned the jug over, I couldn't believe the silver and gold coins that were strewn about. I hadn't found anything of more value before," Mason said.

The coin collection has been temporarily stored at the British Museum. "It was probably savings that someone had been collecting for a number of years. They were subsequently buried to keep them safe. The depot contains coins from Italy, France and Saxony. We don't know who owned the coins. But it seems that for some reason he was unable to return for them," said Ian Richardson of the British Museum.

He said the owner may have forgotten where he hid the coins or simply died. "It's rare to find a complete container of coins. It really is an unusual find. One of the coins has been identified as a silver thaler made in Germany in the 1500s. It is interesting because it was adopted in the American colonies and later became known as the dollar," Richardson further noted.

"Lindisfarne, or Holy Island as we call it here, was a well-used naval base in the 16th century. It is possible that coins from all over Europe were rolled here," Mason added.

In 1963, Alan Short of Seahouses found a pile of Elizabethan silver coins in almost the same spot on Holy Island. The 50 coins are now housed in The Hancock Museum in Newcastle. 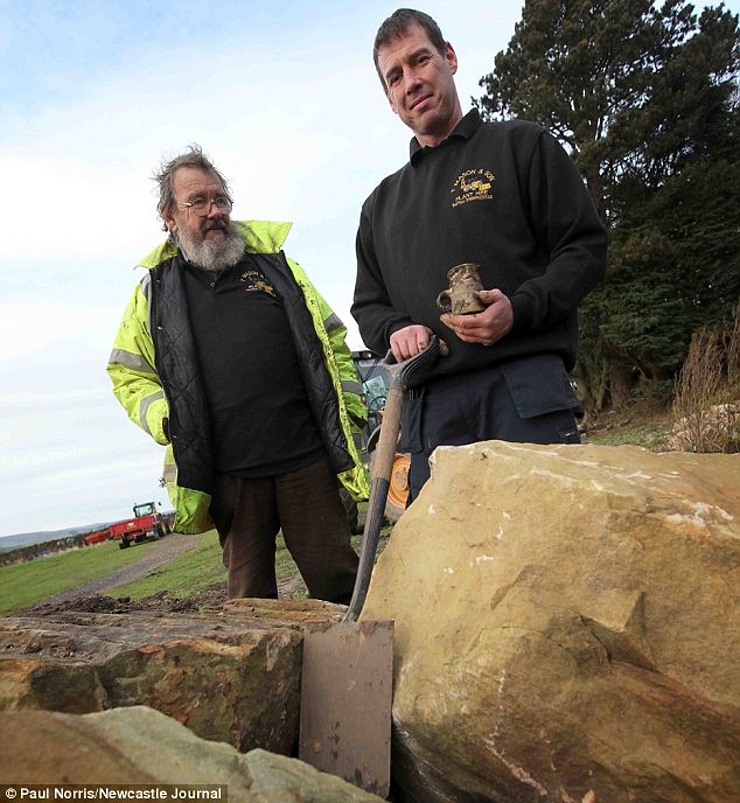