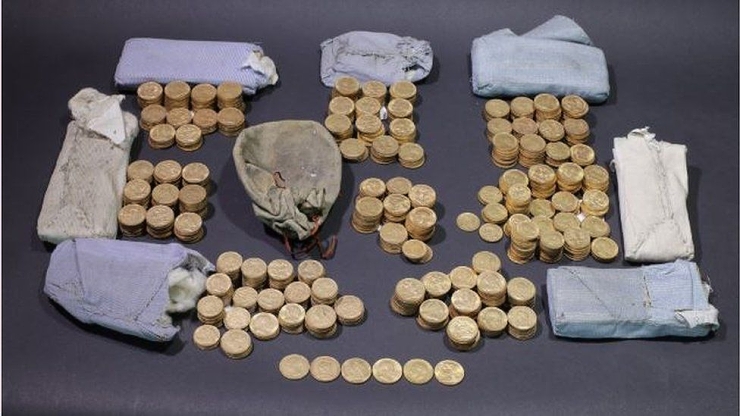 The British authorities dealt with an interesting situation four years ago. They were looking for the owner of gold hidden in a piano. The treasure was found when the instrument was tuned by an expert in Shropshire, central England.

Inside the piano was a pile of gold money. The discovery was investigated by the coroner, who urged the public that if anyone had any information about the owner to let him know. The treasure was discovered when the owners took the piano to Shropshire in central England to tune it.

Investigators found that the piano was built in London in 1906 and sold to a pair of piano teachers in Saffron Walden in East Anglia. The couple bought the instrument for their four children. They are looking for information about its ownership before 1983.

"From the time our children married and left home, we hardly played the piano and it functioned as furniture in our living room. So we finally decided to donate the piano to a local school that might make better use of it," the Hammings said.

About 50 people eventually laid claim to the treasure. But none of them received the coins because they could not prove that the treasure really belonged to them. The depot was declared a treasure by Coroner John Ellery. To this day, it is still unknown who hid the depot in the piano.

It contained a staggering 900 coins, about 600 of which are so-called Sovereigns. The coins are 92 percent gold, the rest silver. The coins were found by piano tuner Martin Backhouse, who even spoke to the media.

The first thing he saw were cloth bags. According to Backhouse, they were made of corduroy. "They were really big nicely sewn and stacked precisely side by side to fit the piano," the piano tuner said.

We also wrote more about the treasure here: Coins in the piano

The treasure also surprised experts from the British Museum. "It was a surprise for me. Although I am an archaeologist used to handling treasures, I am more used to medieval brooches. I've never seen anything like this before," said Peter Reavill, for example.