264 gold coins under the floor

Incredibly lucky was the couple who discovered 264 gold coins under the floor of a house in the North Yorkshire village of Ellerby. The depot was in a pot. The finders plan to sell the treasure at auction for at least £250,000.

The hoard was found under the kitchen floor. The current owners have lived in the 18th-century house for over a decade. They stumbled across the Coke can-sized mug during renovations. It was about 15 centimeters below the surface.

The gold coins date from between 1610 and 1727, the reigns of Kings James I, Charles I and George I. The finders contacted the auction and collecting company Spink & Son. They sent an expert to estimate the value of the treasure. He found that the coins belonged to an influential Hull family. Specifically the Fernley-Masters, who imported and exported iron ore and coal. Members of the last generation were influential politicians in the early 18th century.

The coins were collected during the lifetime of Joseph Fernley and his wife Sarah Maister. Fernley died in 1725 and his wife remained at Ellerby until 1745 when she died aged 80.

The couple discovered the coins back in July 2019, but can only now offer the depot for sale. The rarest coin is a 1720 gold guinea which was misstruck. It does not feature the head of the king, but two identical reverse designs. This coin is expected to sell for at least £4,000.

The hoard contains another rarity. The 1675 guinea has a spelling error on it. The Latin name of the king is misspelled as CRAOLVS instead of CAROLVS. The value of this coin is estimated at £1500.

"A very fascinating and important discovery. It is extremely rare for so many English gold coins to come to auction. The find of over 260 gold coins is one of the largest of its kind ever in the UK. It was a completely accidental discovery. The owners were retiling the floor of their house and found a mug the size of a Coke can," said Gregory Edmund, who is organising the coin auction.

He said it was strange that someone would hide coins in this way in the 18th century when banks already existed. "But the owners of the hoard probably didn't trust the banks, so they decided to hide the coins in their house. We're glad they decided to do that," Edmund added. 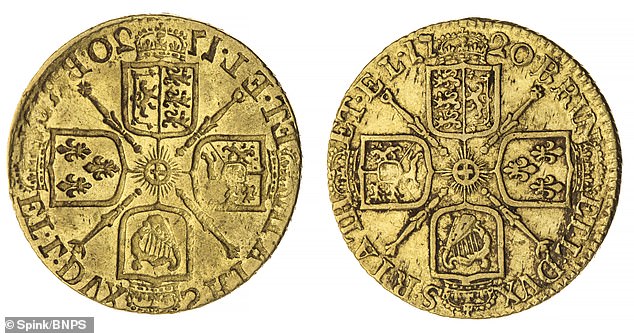 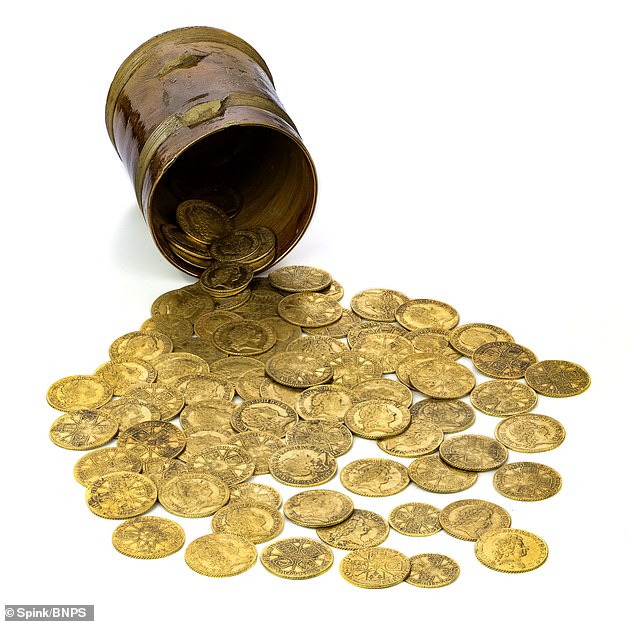 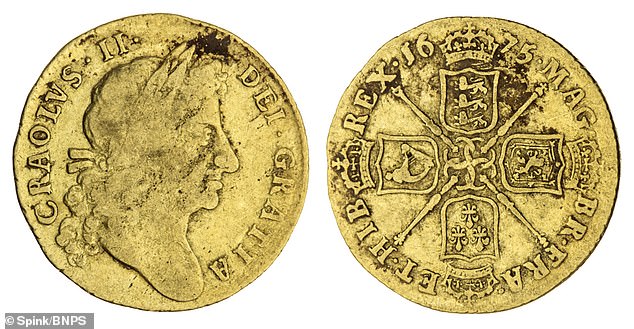 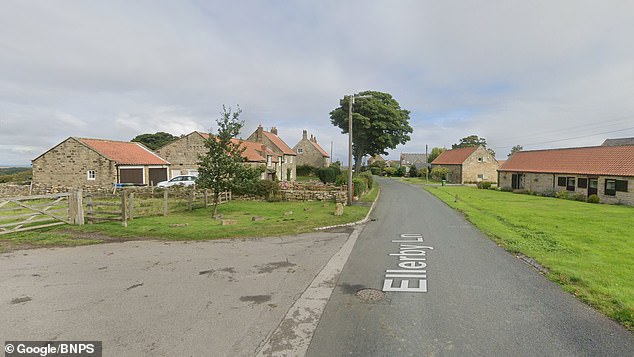