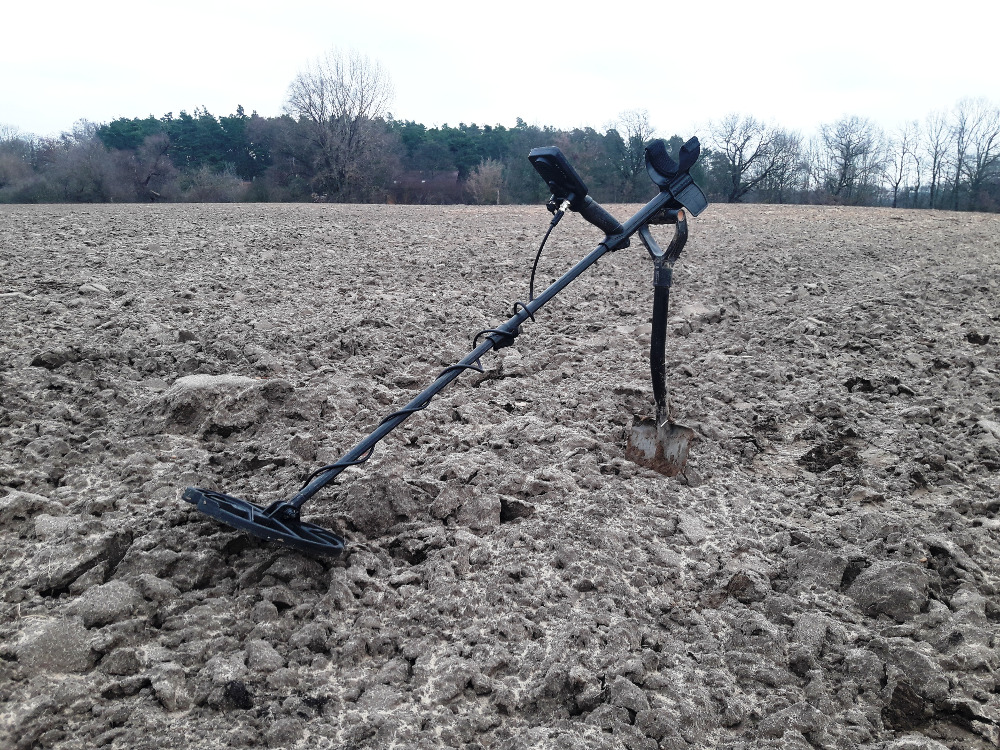 Again, I appreciate the clever design of the telescopic rod, the length of the folded detector is even much shorter than in previous Anfibio, Kruiser, etc. models. The total length when folded is a very nice 63 cm, which will be welcomed especially by those who go out for treasures, for example on a bike or motorcycle, and fold the detector into a backpack.

The first thing that attracted me to the detector is its unit, which is shaped like the NOX detectors. It is very clear and the menu is very easy to understand. Orientation, switching and setting is so easy and easy to remember. The telescopic pole consists of three segments that fit together precisely and are equipped with quick-locking locks as in previous models. When fully extended, it is very stable and does not wobble in any way. The shape of the cross-section has changed from triangular to trapezoidal and, what is very surprising, it fits exactly into the Deus bar. The handle is very pleasant in shape and feel. The overall weight of 1.3 kg is pretty much a benefit too, but as I wrote earlier even with my build I never really bothered with the extra weight. The only drawback I see in the design is the concept of the armrest, which unfortunately cannot be moved even a millimeter without tools. I think a more suitable solution would be conventional locking screws on the side.
An interesting innovation is PINPOINT. It is shown in the shape of concentric circles and provides a very decent comfort when tracing - It works by making the circles shrink the closer you get to the centre, down to the centre point itself (with soundtrack of course). Frequency shifting is also a great thing, and can even be used to some extent to eliminate interference if you are near high voltage wires. Incidentally, the Nokta is quite prone to crosstalk and interference in this regard but I found it more tolerable with the Simplex than, say, higher-end models. It is also worth mentioning the possibility of illuminating the coil with a front-mounted LED, the Impact had the same solution. The LED is quite decent but I never used it here and actually with the Impact, anyway there will be someone who will take full advantage of this option. 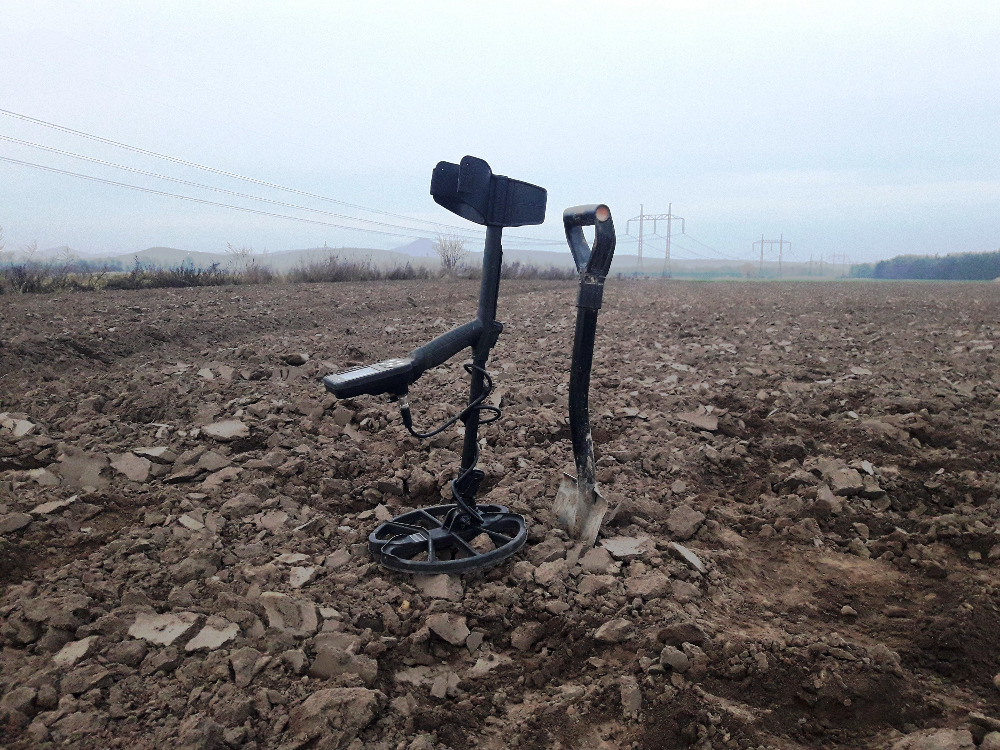 What can be considered again as a certain return to the classics is the lower part of the armrest which is knownwe know from the vast majority of all devices - the only difference is that the power bank is not mounted through another cover as it is for example in the case of the Anfibio, but it is inserted directly into the hole between the armrest and the "stand". I haven't tried and unfortunately I haven't read whether the battery pack from e.g. Anfibio fits there. Nor does the manufacturer give any indication of this.
The biggest advantage in this price range I see clearly in the waterproofness of the whole device and the possibility of wireless headphones. As in the previous model, waterproofness is guaranteed by the rubber cover of the connector, which is firmly connected to the body of the sleeve in case you use wireless headphones. I have basically been without headphones for several years now and I'm not looking at all. So if I could, I definitely recommend the version with headphones and/or buying them. Very nice is the Fe sound cancellation solution, which can be easily adjusted by setting the iron volume symbol in three levels using the + / - buttons.
You can plug a reducer into the charging socket for any classic headphones with a 6.3 mm jack. Unfortunately, the reducer is not supplied in any set. It is therefore at least possible to buy the reduction. The detector is by default set to a working frequency of 12kHz here I think it would be better to consider at least 14kHz. However, I cannot judge how this would affect the resulting price.
Field experience
I have personally tested on four different sites. A sandy field with mineralisation of 75-82, a semi sandy 60-64, clay around 40 and near black earth where mineralisation varied widely. 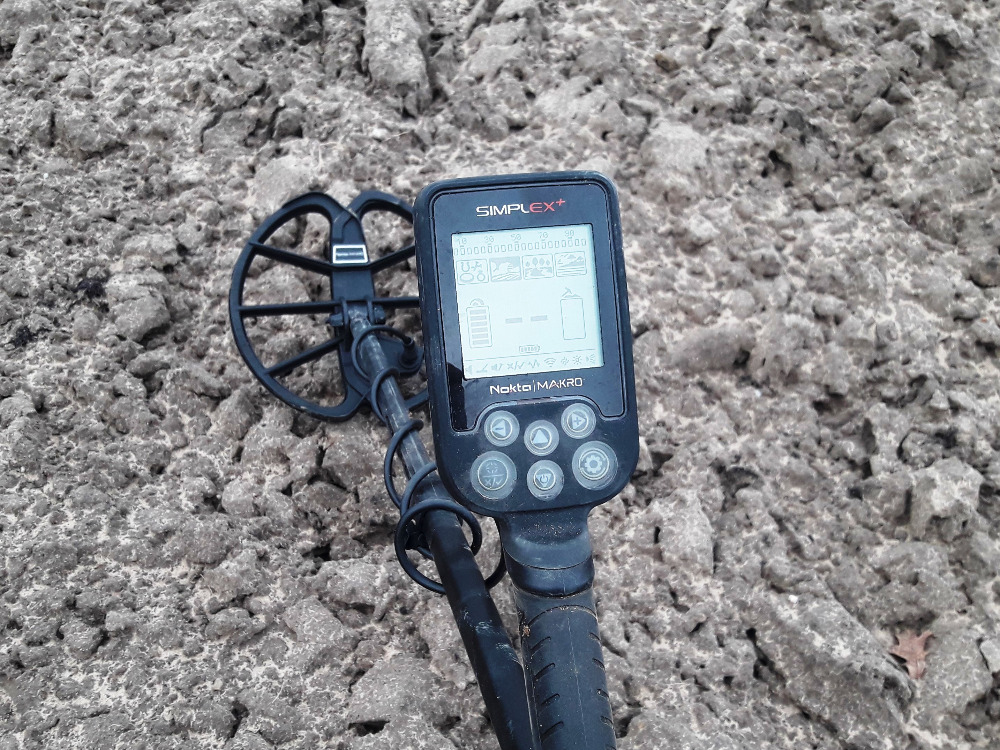 All metal: This program is the only one with a threshold tone that is constantly murmuring in the background - it searches for all metals and mineralized rocks the target ID appears on the display but the sound is monotone and increases in intensity as the coil gets closer to the target. The threshold tone also fades when the sensitivity is reduced.
I have tried it but it is more suited to minimally contaminated sites.
POLE 2tone: two tone discrimination mode, a much quieter program and the best choice ever. The depth reach is quite high.
PARK 3 tone: Three tone discrimination mode, I found this program to be kind of erratic and behaves quite differently on differentdifferent soil types, here it would need more walking and listening as it makes a nice sound but the ID display is somehow very reluctant to show digits.
BEACH: A discrimination mode that, unlike the others, does not scale the disc. 0-15. Thus, non-ferrous metals can only be detected from scale 16-99. I haven't tried - as it is really a special saltwater program.

The POLE and PARK programs can be set using the discriminating segments "cross" and "pipe". The range of the response section can thus be set to anyone's liking. Personally, I would not recommend more than two fields! 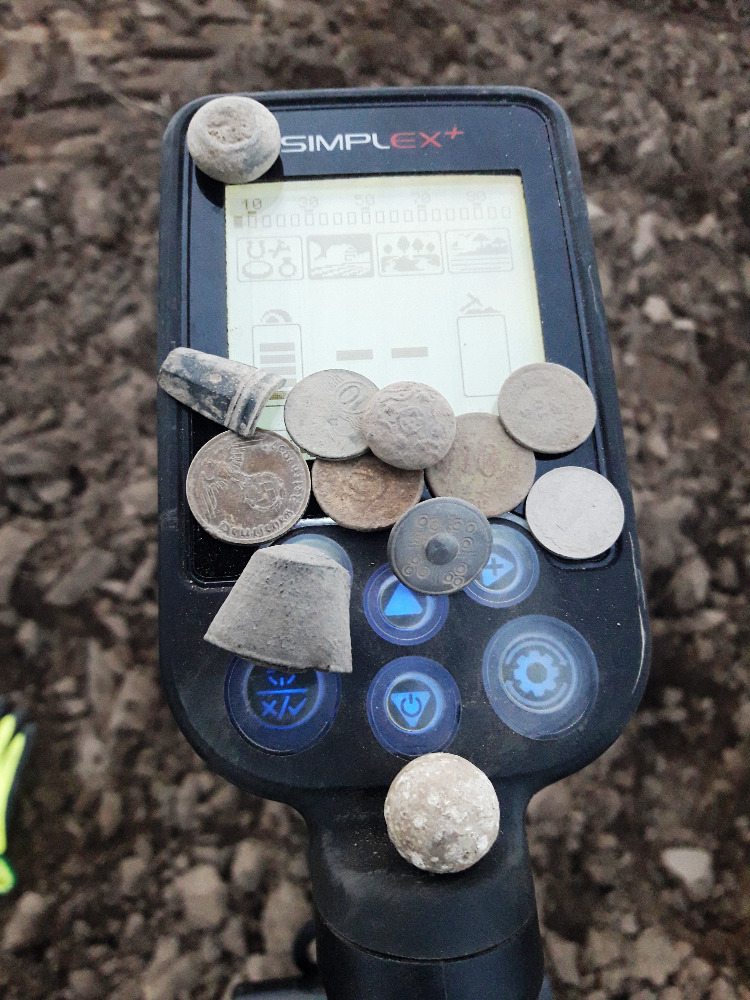 The settings I have used:

SENSITIVITY One segment below the maximum (depending on the environment), DISC 04, (in case of interference below or near power lines 2-4)
Simplex+ as well as its higher classes has a menu item "Frequency shift" F1, F2, F3. It is a very good helper in case of interference. Frequency shifting can usually eliminate the effect of interference from high voltage wires as well as between detectors. I'm glad this item has been retained.
The detector response to metal under the coil is very fast, and I personally prefer this in a detector with which I somehow don't have to deal with extra slow walking or standing over the target and deciding whether to dig or not. 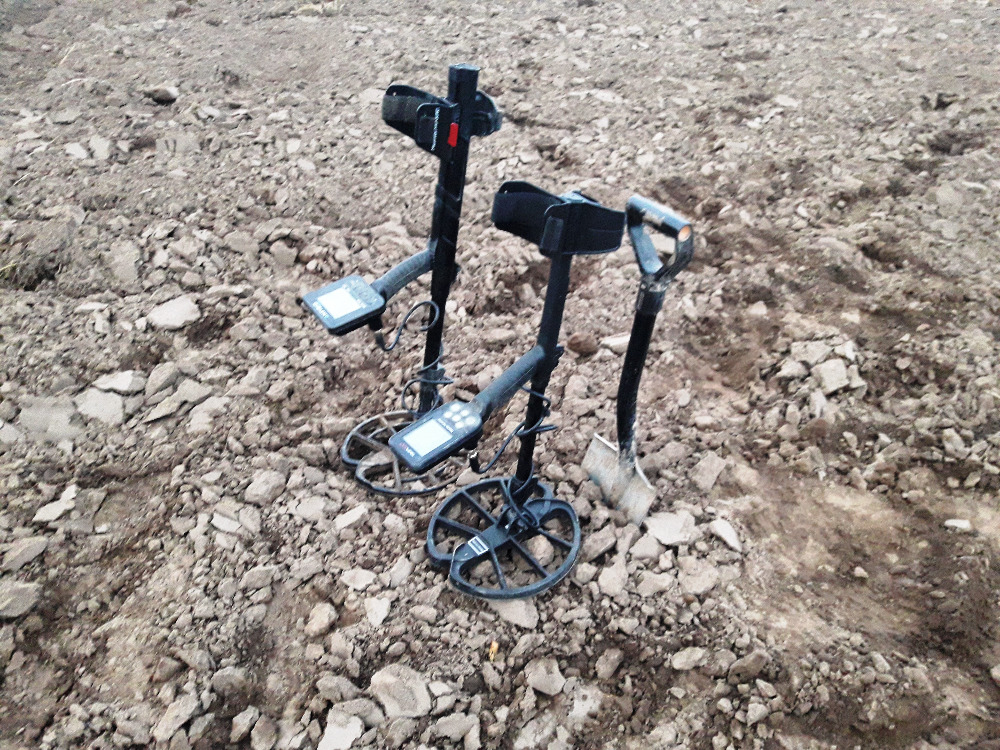 I had the opportunity to test two weekends and duly enjoyed them. I can definitely say that the detector was a success, both in terms of the innovation of the design elements and the overall design that kicked off its predecessor. The sound from the speaker is beautifully audible and pretty much distinctive. Operation and setup is very quick and, with moderate practice, easy to remember. A bit of a problem is the deeper drone but you can't expect to get a comparable machine from the higher end for the price.

The only thing that kind of bothered me is that in case you enter the "menu" and before you hover on what you need to do - it automatically returns to operating mode in a few seconds. Which was a problem for me at first, but with more frequent use, it can be learned without delay.

I think this detector has a very good use in beginner or even slightly more advanced instruments, and I can see it as my second backup detector.