Roman treasure from Como: 5 kg of gold including 1 000 gold coins in a soapstone cooking pot

A hoard of gold coins from the end of the Western Roman Empire, discovered in 2018 under an oldm theatre in Como, Italy, turned out to be even more significant than it first appeared. Not only in terms of the number of coins and the weight of the gold hoard, but also with regard to the time of its deposition.

After the treasure was retrieved in situ, the process of dismantling it in laboratory conditions began. The archaeologists first removed 27 coins from the reigns of the emperors Honorius (384-423), Valentinian III (425-455), Leo I. Thracian (457-474) and his short-lived co-emperor, Emperor Livius Severus (461-465). In the meantime, they came across one gold ingot and two unidentified objects, expecting to find more in the densely packed amphora. They therefore estimated a maximum of 300 coins in the entire vessel.

However, with the entire extraction process now complete; the number of gold coins stopped at exactly one thousand. It seems that the coins were once deliberately counted, perhaps deposited by an accountant, government administrator or imperial goldsmith. The vast majority of the coins (639) were struck in Milan (now Milan), which was then the capital of the Western Empire. They date from between 395 and 472 AD and bore the images of eight emperors and four empresses. Since the end of the Western Roman Empire is traditionally dated to the deposition of Emperor Romulus Augustus in 476 AD. and that the 744 coins in the hoard were struck after 455, this is a very rare hoard from the last two decades of the empire.

In addition to the coins, the collection contains products of the finest goldsmithing, such as. Three large gold men's rings - one octagonal, one set with a huge garnet of excellent quality and one with an unusually complex filigree technique. Also three earrings, a slit, a gold brick and thin gold threads. The ingot is alloyed with silver, having originally been cut and then cast from pieces used to make precious objects.

In total, the hoard contains 5 kg of gold, an almost unimaginable wealth at a time when imperial economic systems were declining. The soapstone amphora in which the treasure was literally stuffed was, by contrast, a humble everyday object. It bears the hallmarks of cooking use. Pliny already referred to cooking vessels made of soapstone in the Como area. And they are still made there today...

Want to find some treasure too? Check out our metal detectors. 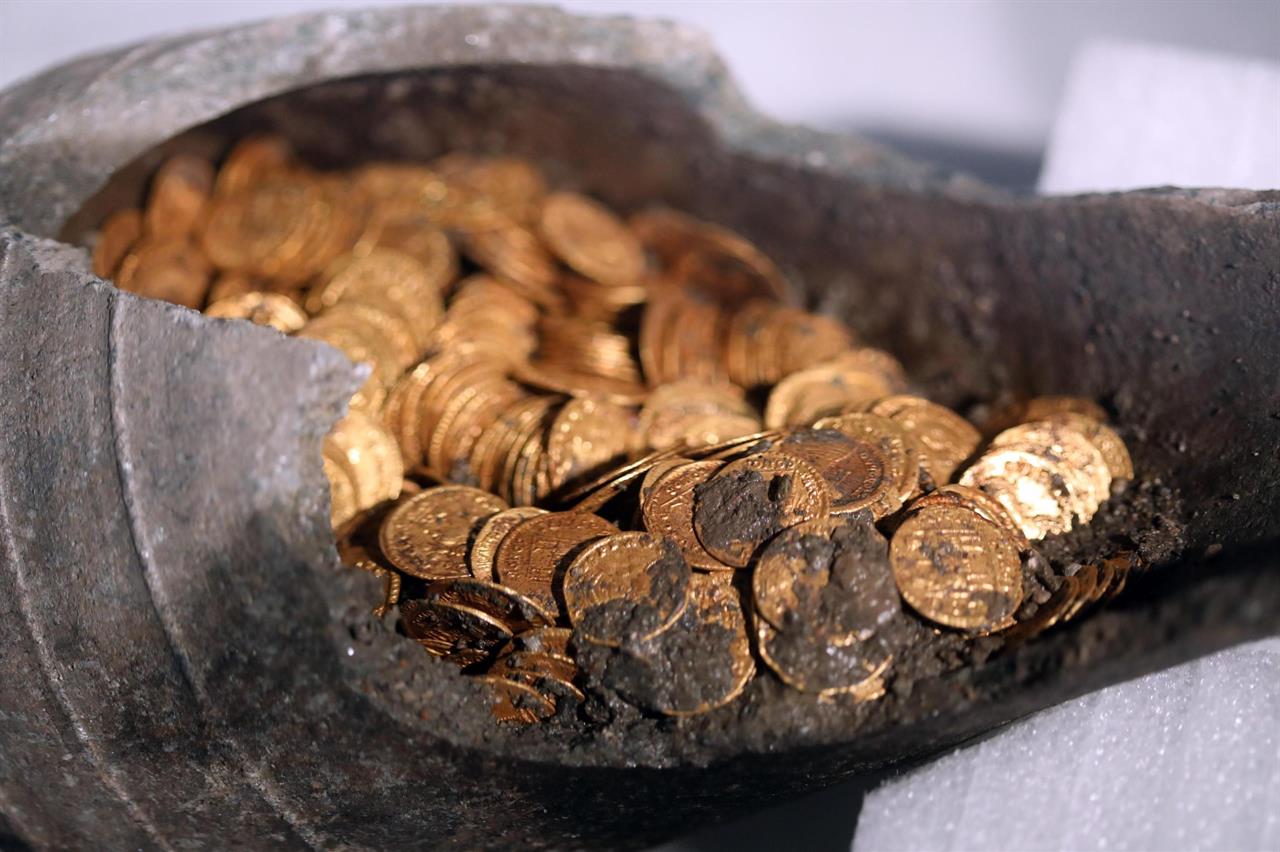 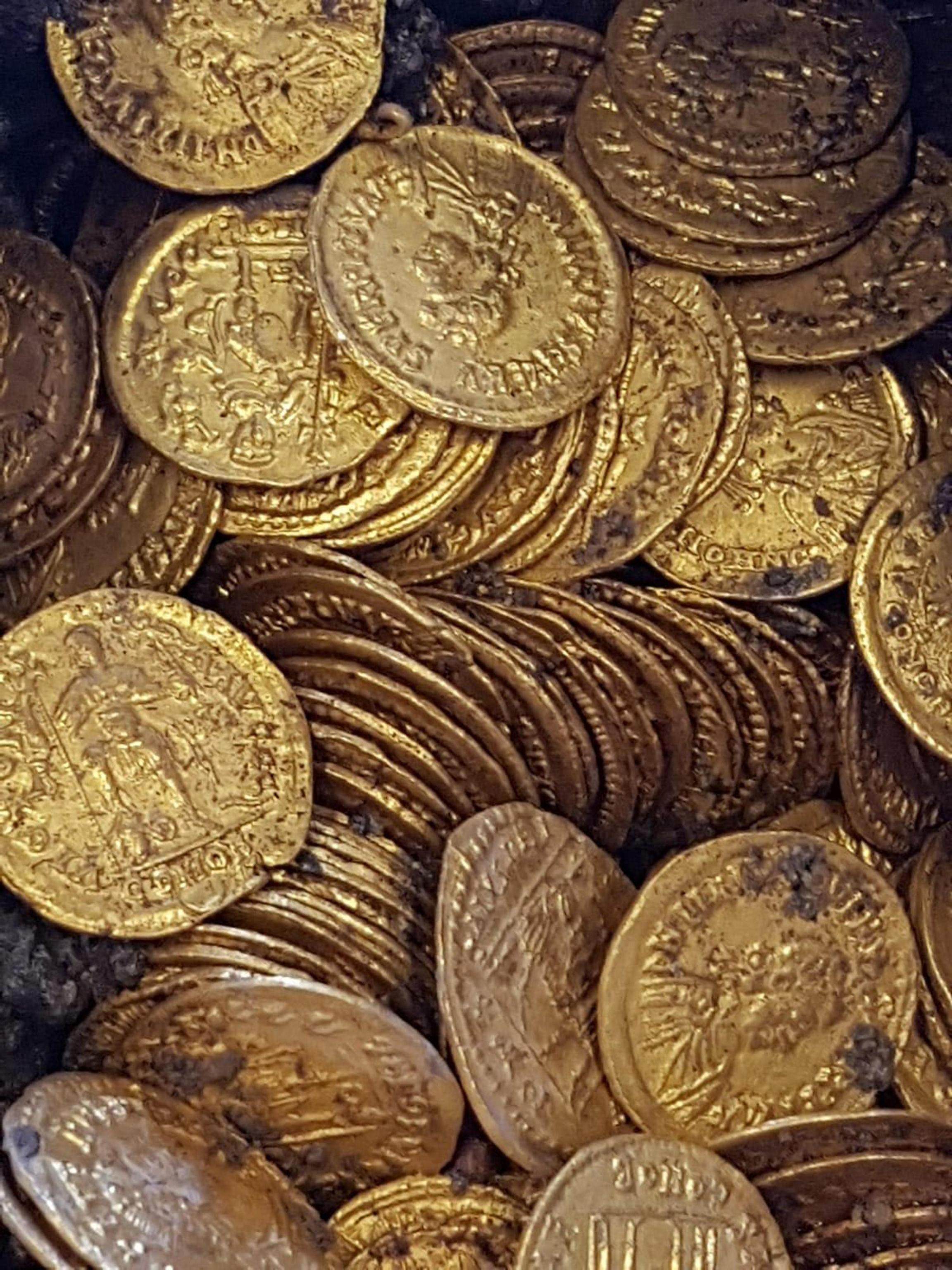 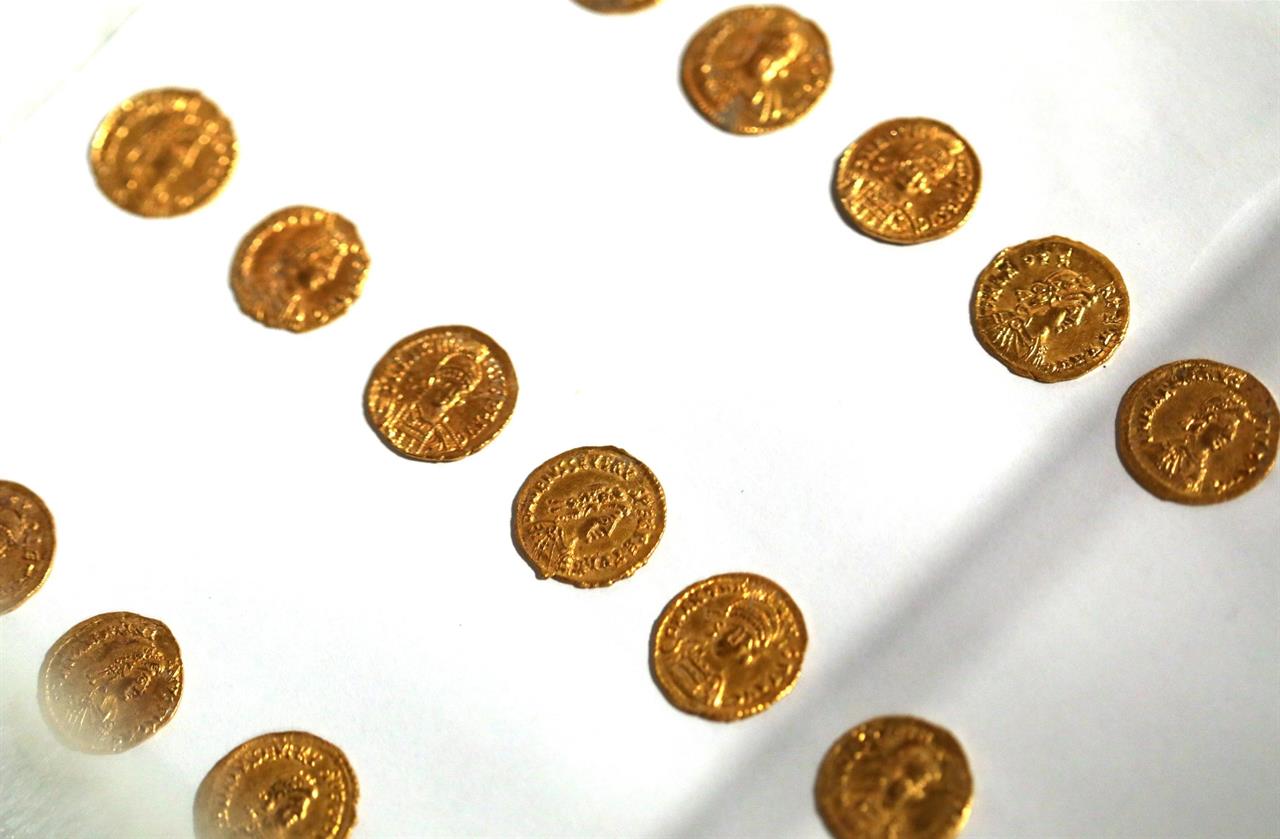 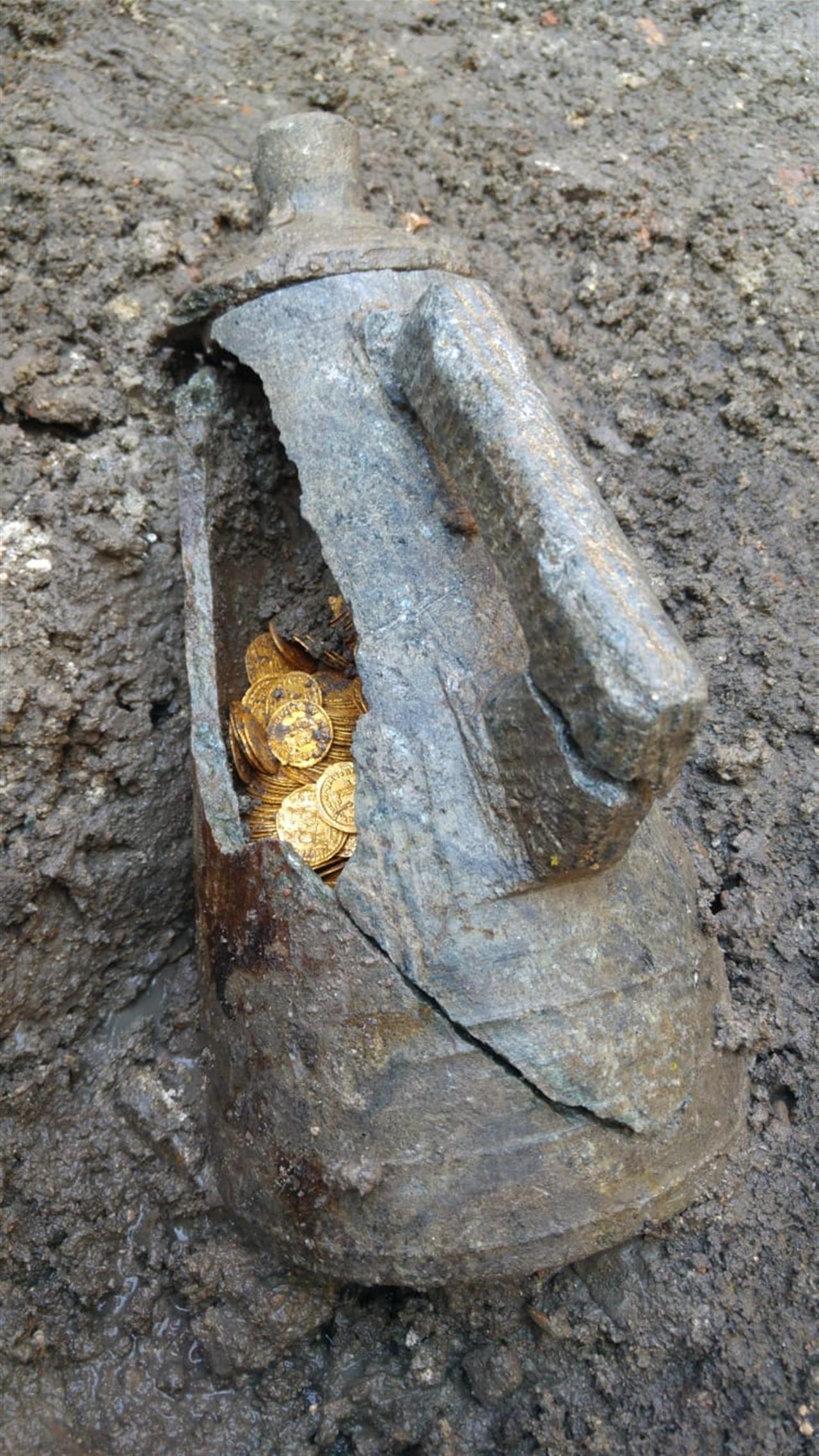