Searcher's talisman made from the torso of an ag tablet

Hello to all my colleagues. After eight years I finally got to the first clubbook entry. Here I am giving a sneak peek of one of my creations.

It's a classic summer day like any other, and I'm out for a look in a freshly fallen field just outside of town. After about two hours I found this torso of an ag tabattery and so begins this story, or rather its continuation...

...I've had the idea in my head for several years that I could make a talisman. I originally thought I'd make one out of engraved gold, but it's hard to get, it hurts. my back and it's kind of hard to accept, so I'm gonna save it for making wedding rings. The finding of the torso was a win for me, I was already in the field, I was happy, ha finally enough material and I was already thinking what and how to make it.

In the end, I chose the Celtic horse motif, the infinite cross used as a protective symbol in the occult, and the old runes, the first is the rune of the sun according to my date of birth, the rune of the dancer, the warrior, such as the passage through life, and finally the rune of the inheritance of the ancestral legacy. It's different in the sketch photo, I changed that one in the end.

Production: rough cleaning, cutting into smaller pieces, super secret plasma beam melting of tungsten electrode in a protective atmosphere of argon (tig) 😃 I melted it at work....😎 Followed by a test roll, which didn't quite work out. In the end I stuck with the oval. Roughing, then drawing and gluing the motif and then about eight hours of milling with a straight grinder with a hand attachment. Then it was just a hot patination and a subsequent visit to a jewellery shop to have the eyelet set. I originally wanted to do it myself, but after five attempts I gave up.... So this story ends and I proudly wear my talisman around my neck.

So good luck to you and I wish you lots of nice finds. 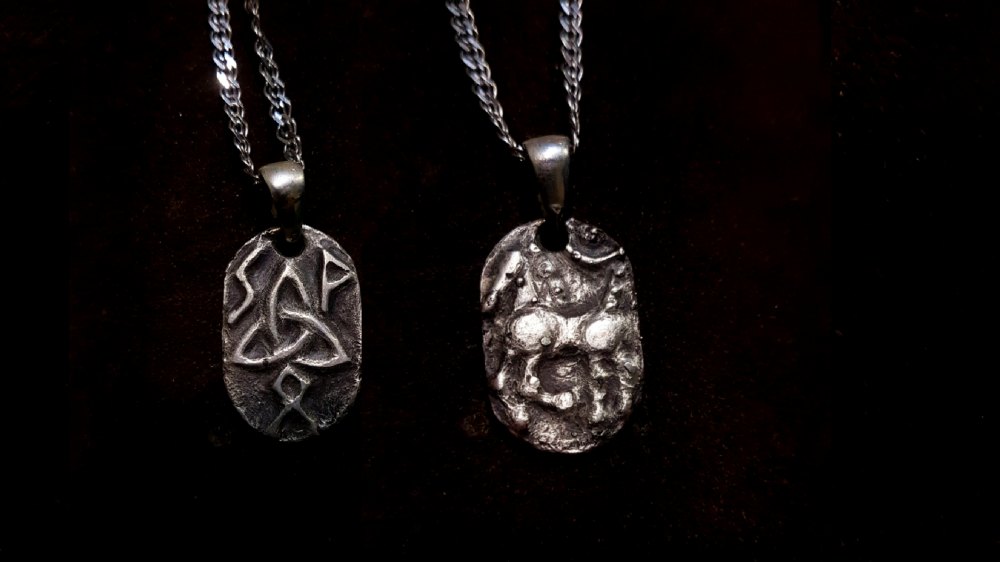 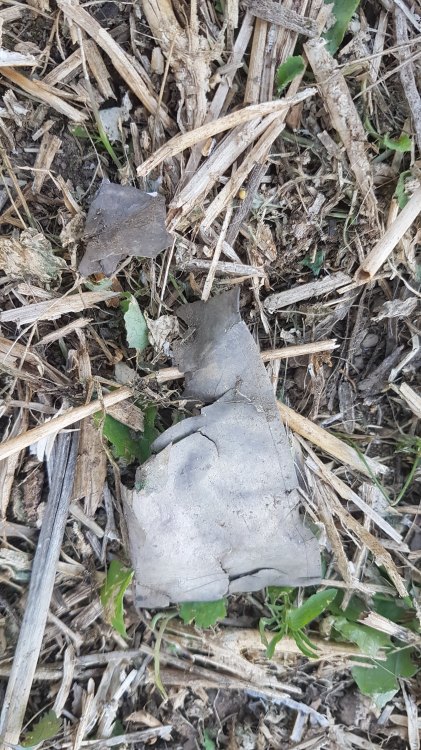 I guess the finding condition of the tabby, it was just lying there like that. 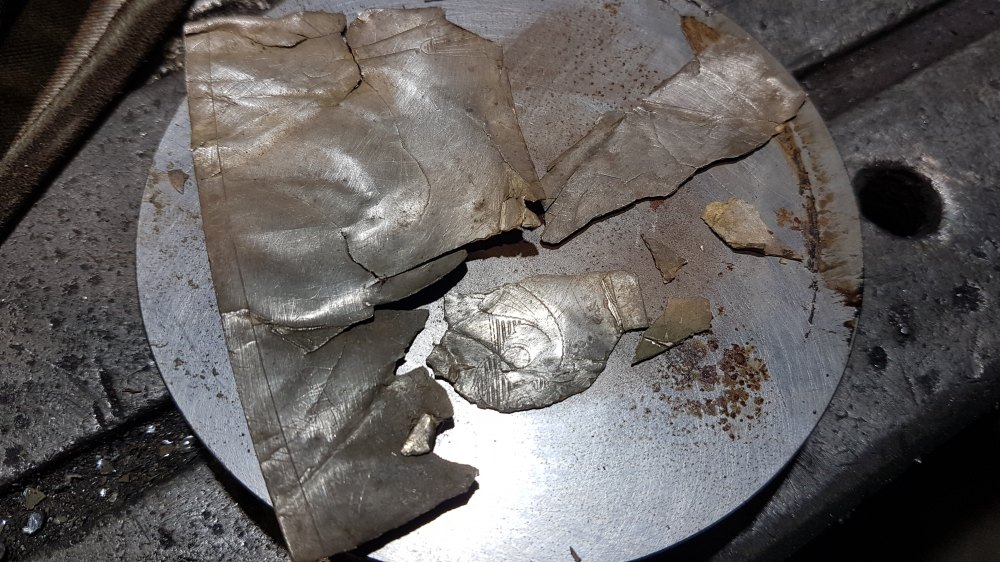 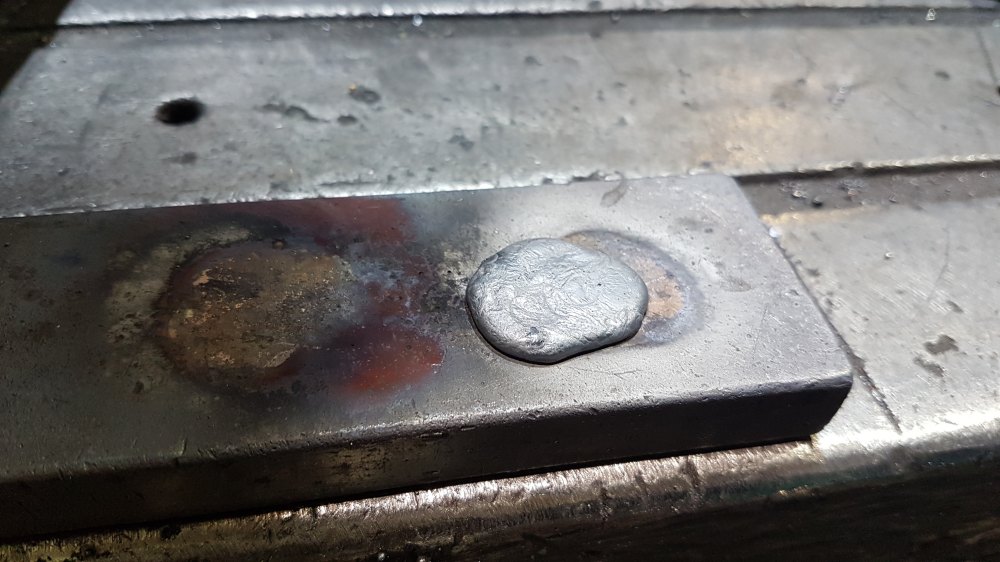 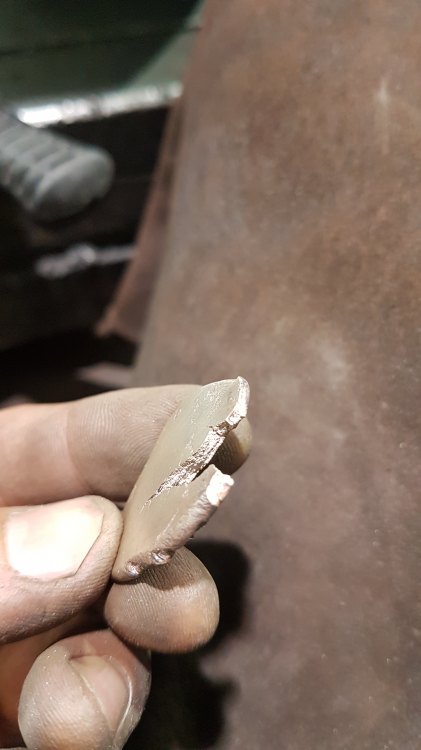 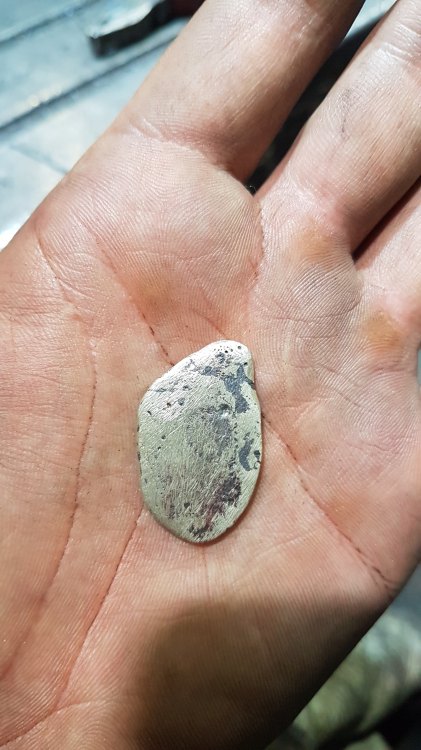 Semi-finished product after the second melting 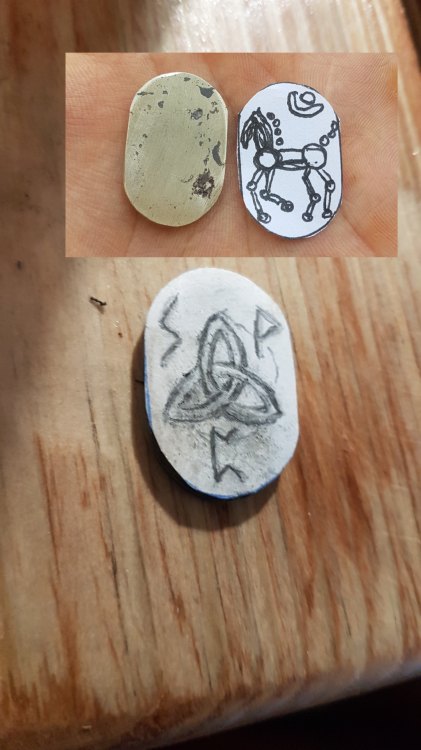 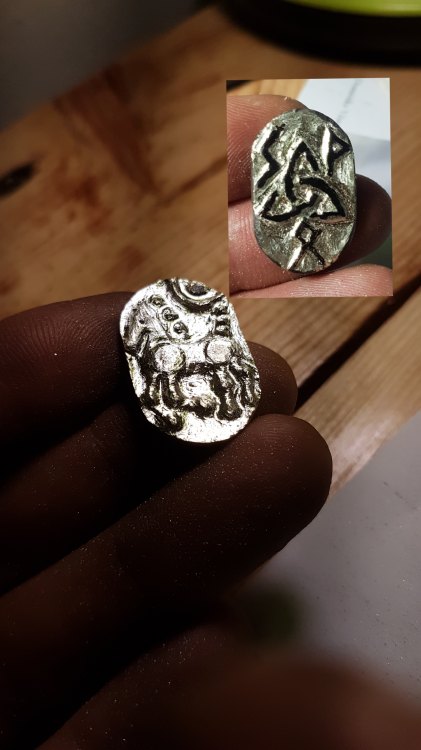 After a few hours of work