Categories: Finds and rescue research in the Czech Republic , Calendar

During earthworks in the Slovak village of Bíňa, Jozef Paulík discovered 107 gold coins. They come from the Byzantine Empire from the 5th century AD. The collection included coins of the emperors Arcadius, Valentinian III and Theodosius II. According to experts, they probably came to the territory of today's Slovakia thanks to a nomadic tribe of Huns.

The treasure was located in the archaeological site of Bíňa (Nové Zámky district). It was found by Jozef Paulík during the construction of the overpass. It contained 107 gold solids. Some sources mention 108 gold coins. They were found in an earthenware vessel.

The coin dates back to the reign of several Roman emperors such as Honorius, Arcadius, Valentinian III and Theodosius II. Then the emperors Gratia Honoria, Galla Placidia and Aelia Eudocia. The coins were well preserved, probably not having circulated for very long.

According to experts, the occurrence of Roman coins in the locality in question is related to the presence of the barbarian tribe of the Huns. In their empire, the gold Roman coins lost their value as currency. The gold was then melted down and used to make jewellery. The coins were probably deposited in the area of the present-day village of Bíňa in the middle of the fifth century AD.

This was due to the turmoil that followed the death of the Hun king Attila in 453, who was nicknamed the Scourge of God and was the most powerful king of the Hun empire. It was a short-lived state formation in central and eastern Europe. It was created in the context of the Migration of Nations. The depot of solidi found at Bino is still one of the most extensive finds of gold coins from the 5th century in Europe.

A set of three huge mounds surrounded an area of 110 hectares at Bîn. There was also a moat adjacent to it. The remains of the fortifications are still visible on the northern edge of the village. According to some theories, these are the remains of the Roman camp in which the Emperor Marcus Aurelius wrote his philosophical Discourses to himself. And where the thirsty legions were saved by a miraculous rain, prayed for by the first Christians in the Roman army.

But according to scientists, this hypothesis is not based on any real facts...

Photo is an illustration 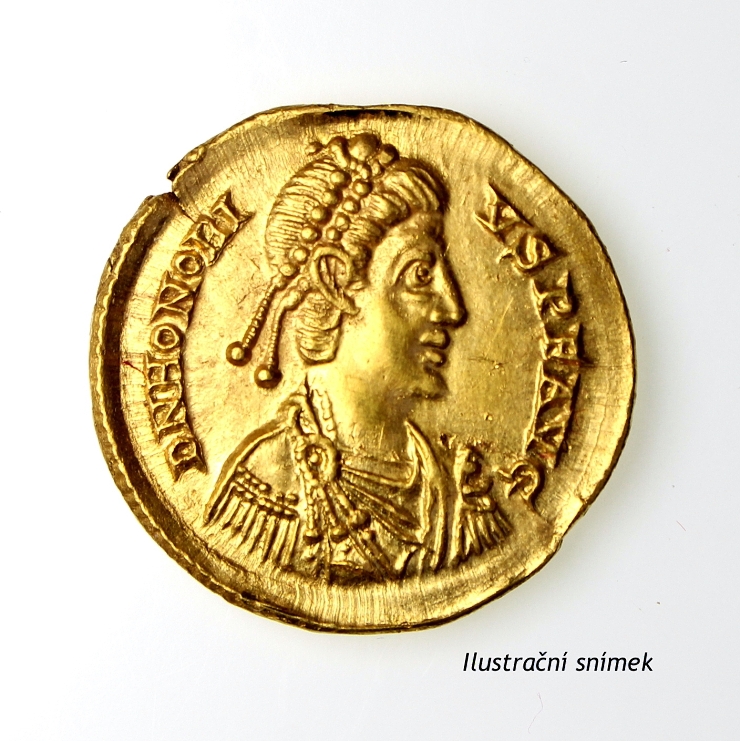