A life finding, what does that mean? 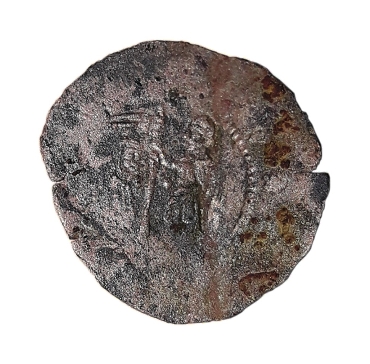 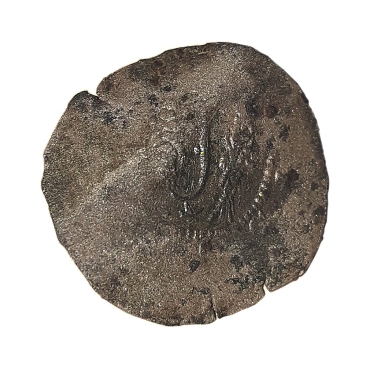 Everyone probably imagines a treasure or at least something luxurious. Gold, silver, jewelry, or a lot of war or unique artifacts. And that word "unique" accurately describes my find from November 2017.

And how did it start? It was a fairly sunny day and since my friend Jenda and I go together regularly, we headed to a favorite field. Personally, I prefer fields to woodland. The day passed slowly and it didn't take long to make some finds. The occasional copper with a beautiful patina, the ubiquitous seals, and the occasional silver signal in the form of a greenshank or a single tailpiece.As time passed, we walked through just about every spot on the relatively small piece of the vast lane. Shoe marks in the terrain increased in direct proportion to the metres covered and therefore the space began to shrink in the unexplored places. When it looked like there wasn't a single spot where we wouldn't step or poke with a shovel, it was time to move to another field. And as we slowly made our way back to the car, suddenly it came. A signal, though inaudible, but of a strange ID number jumping back and forth. "Some kind of micro tinfoil again", I thought to myself. But you dig anything that even resembles paint. And so the shovel dug into the soil to the edge. A moment of hunting for that signal and a peek at the world in my hand I am holding a roughly circular shaped plate that remotely resembles a bent coin. I try to gently scrape the surface and something that might be at least a little like a silver coin the size of a pretzel begins to appear. In fact, at first I thought "yeah, probably a fake and bent" ....

The coin then went into the prepared box and on to the next favourite field.

At home, taking out all kinds of treasures from my pocket, I remembered two silver coins and one fake pretzel. Then it was time to clean up. What struck me under the stream of water, however, was that the coin was not a classic apple but something strange, and therefore probably not a pretzel. I spent some time trying to clean the dirt residue in distilled water and finally found out that it was definitely not a pretzel, on the contrary it was something much uglier. I won't hide the fact that I was quite disappointed with the strange-looking coin.

However, being a curious person, I started looking into what it was that I found. My first thought was to reach out to a few knowledgeable folks on FB in the "coin business". That's where the word DENAR first came up. By then, I focused my eyes and started searching the catalog of the oldest Czech coins by František Cach. I was led to the direction that it should be a denarius of Konrad Ota. In the catalogue I searched for the most similar to the given pattern on the coin and it turned out that it could be the type Cach No.641 and No.642. What the heck, one side was almost identical but the reverse was somewhere else....

So I decided that (more heads know) and I put the photos here on LP in the coin catalogue.

Since posting the pics and asking for help, a pretty good mystery of the coin's reverse has begun to take shape. "kocour1" who is unfortunately no longer on LP, tried to solve the mystery, but it was becoming clear that this is not a classic "normal" mintage but a certain peculiarity. And since I know one of our foremost experts on Czech and especially Moravian denarii, I approached Jan Videman. At the same time I showed the coin to my friend and fellow archaeologist Mgr. David Danecek. The interest was immediate and David took custody of it and promised X-ray images and initial expertise of the metal composition by XRF. The X-rays and other photos under the microscope were taken at the Central Bohemian Museum in Roztoky near Prague. The truth is that the X-ray images were not very telling because the RV side was finally deciphered in the form of two fish. The XRF expertise showed a very low silver content which could only be explained after it came into the hands of Jan Videman. 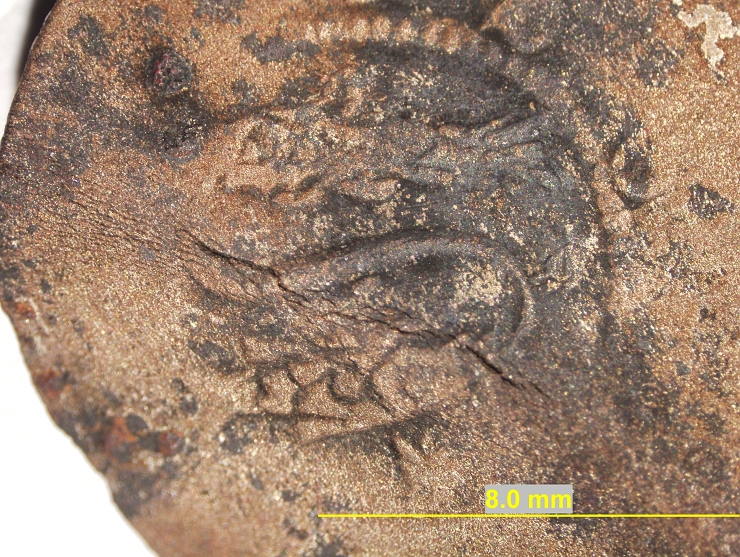 The state of research was rather lengthy and protracted, but that is the way it is with these (unique) things. However, as we know "patience brings roses" and so it happened. The mystery of the one and only FISH denarius in our country has been solved. In conclusion, I would like to thank Jan Videman and David Vrana for their excellent work and David Danecek for his selfless help. 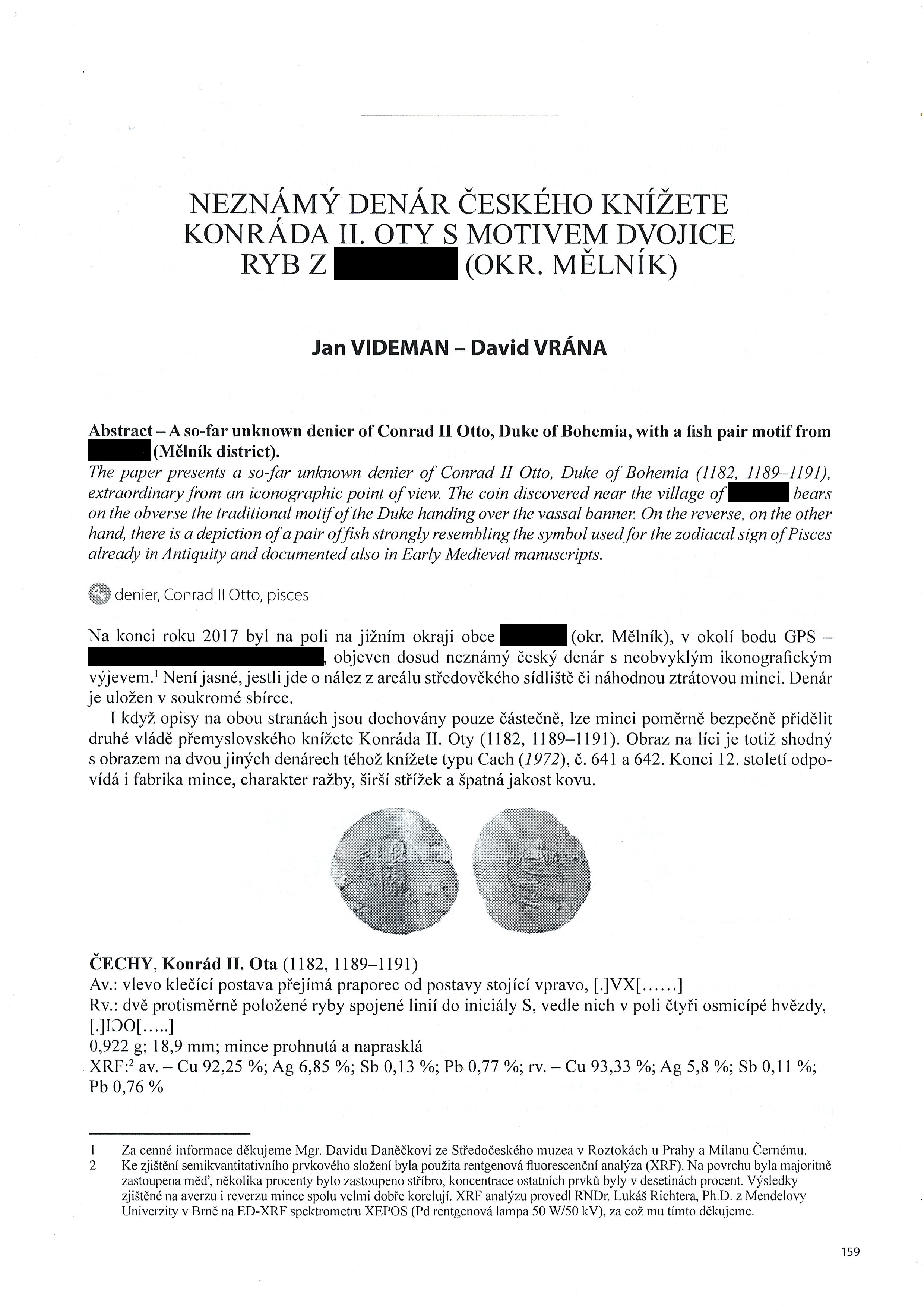 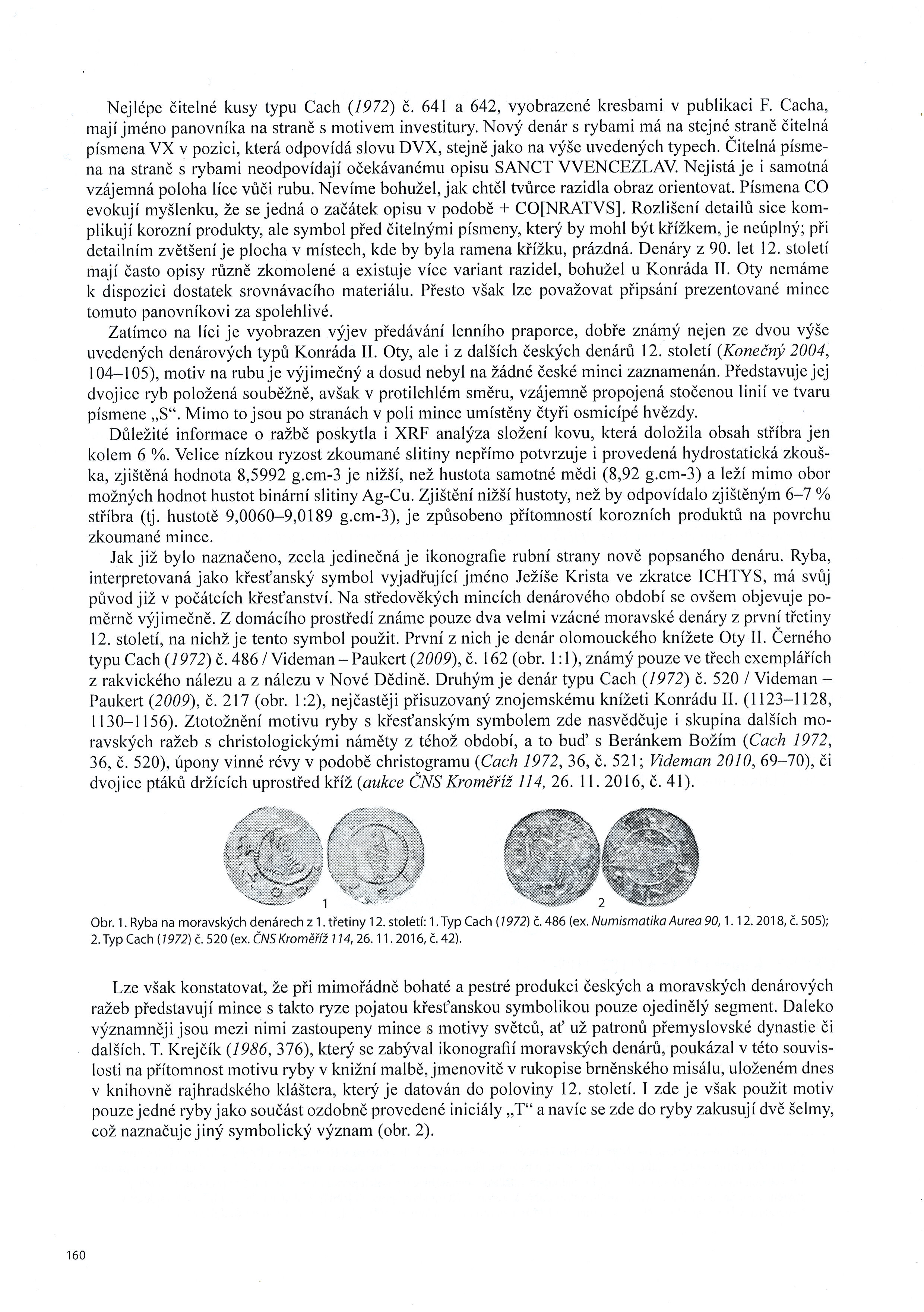 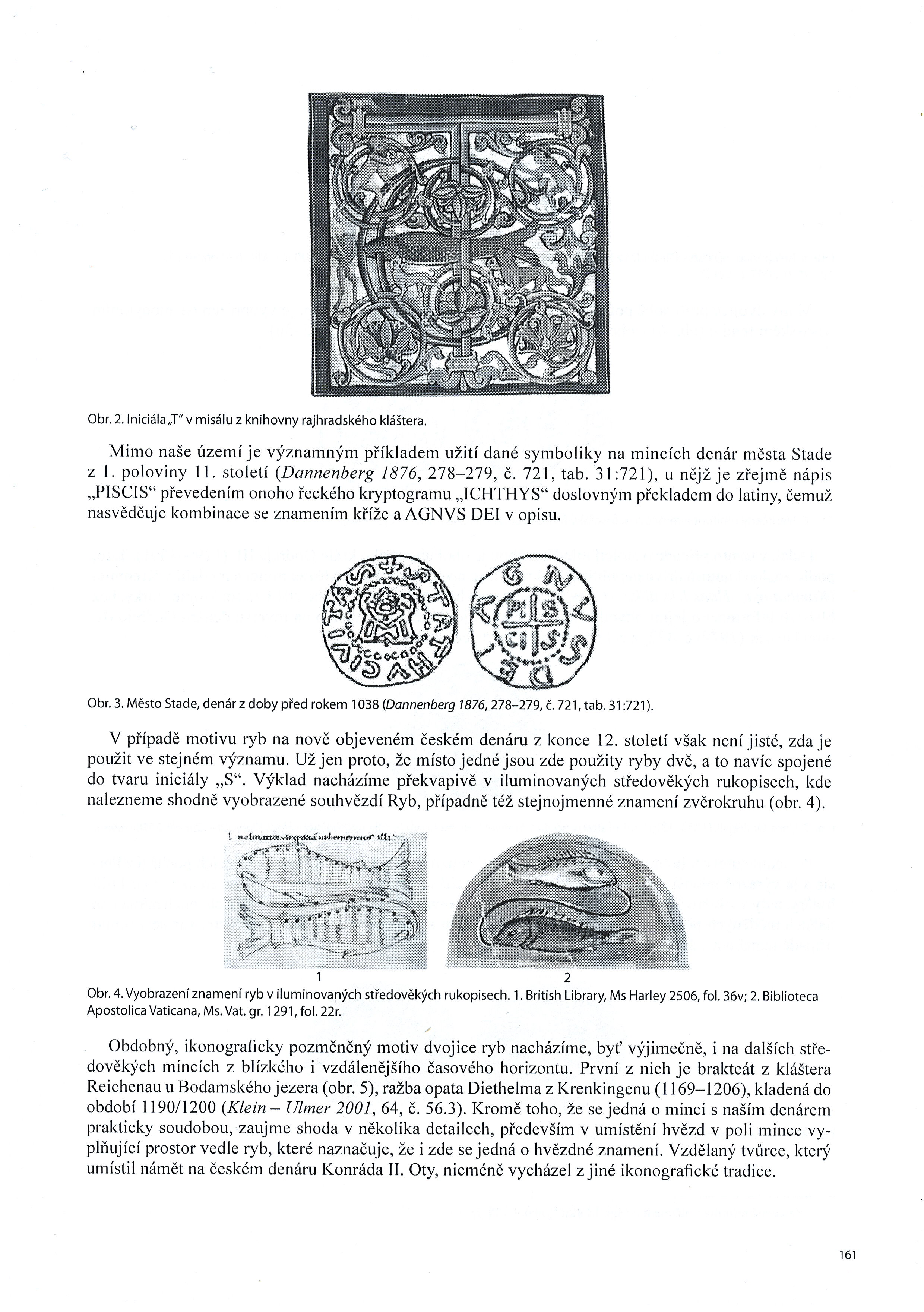 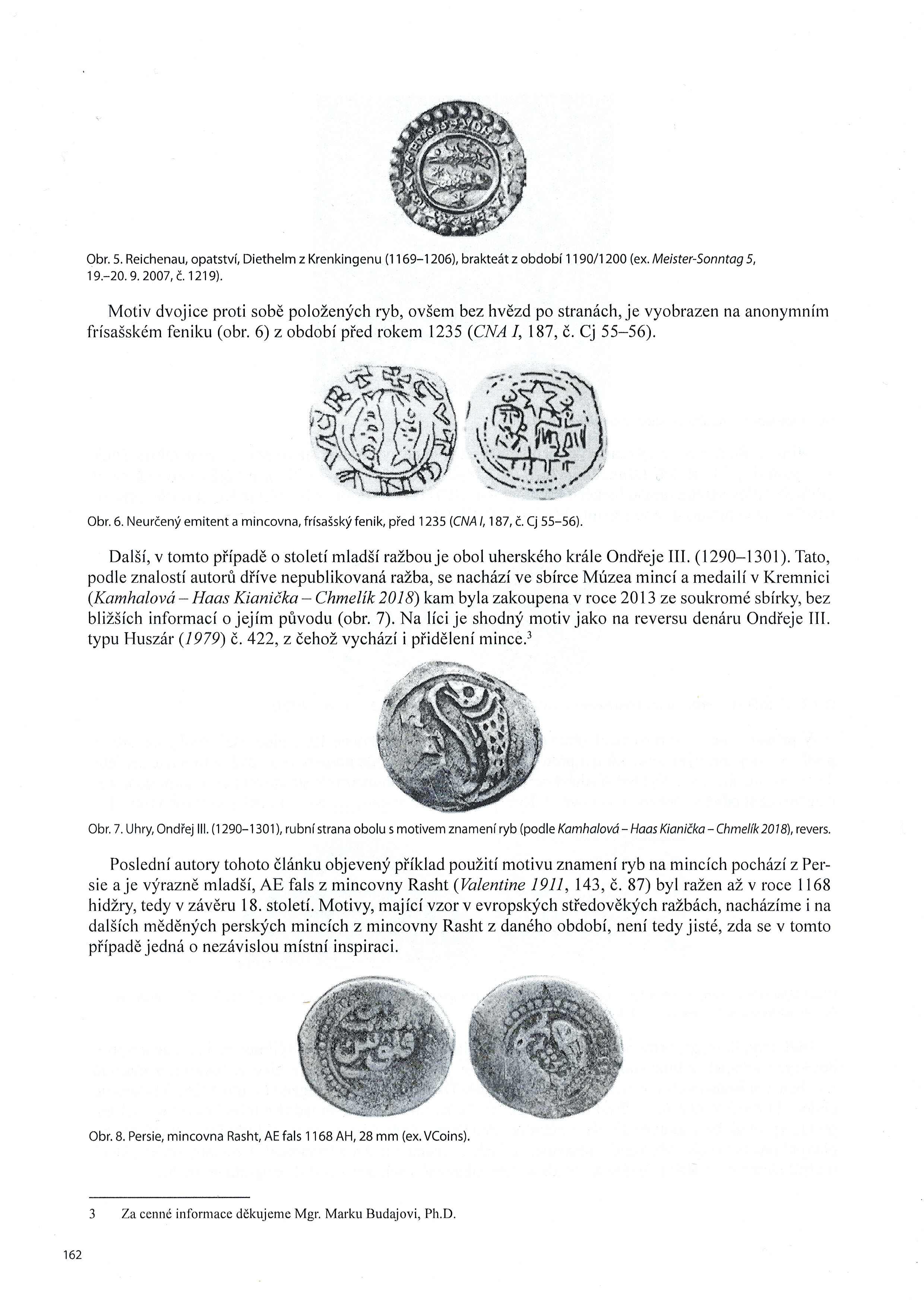 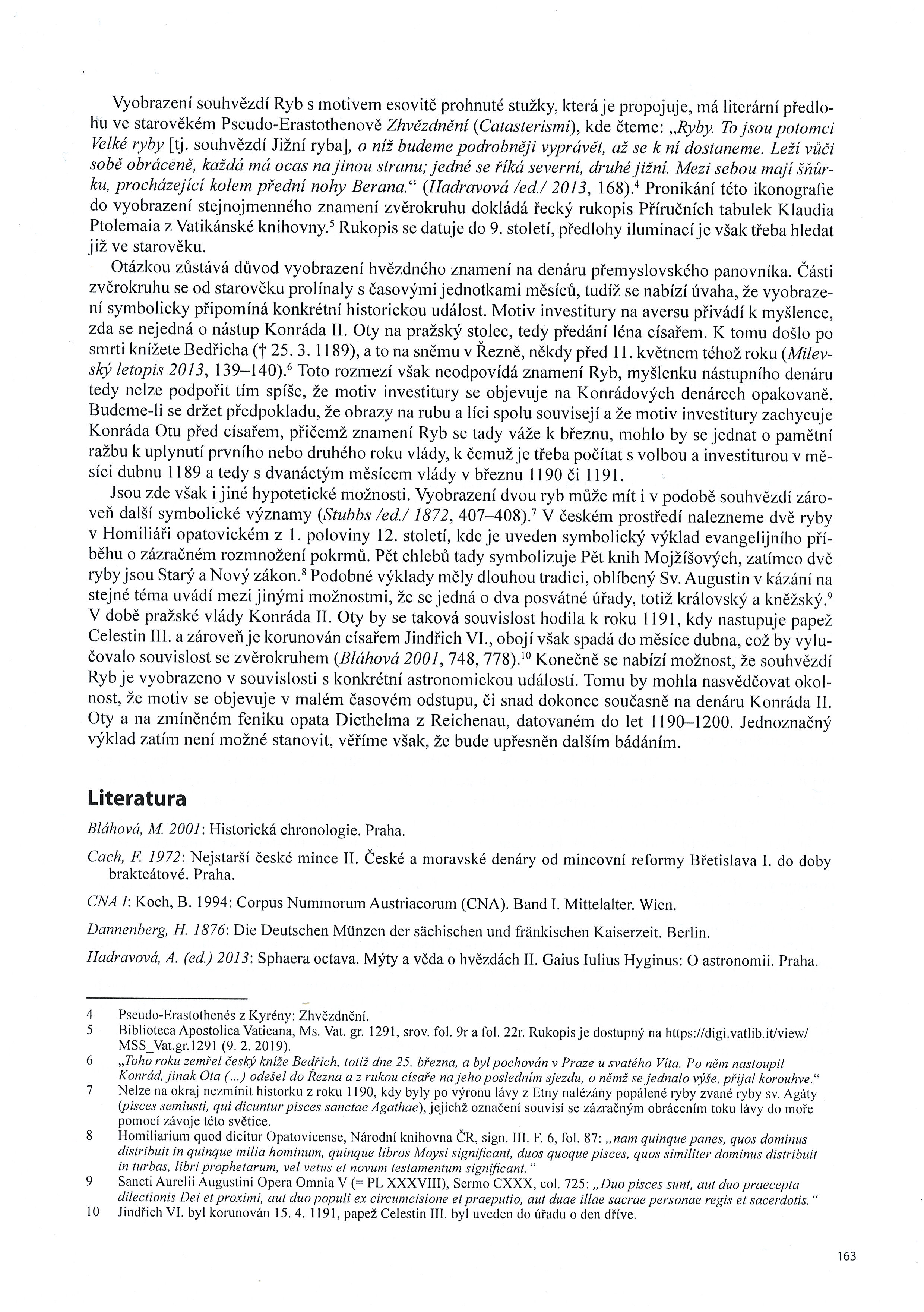