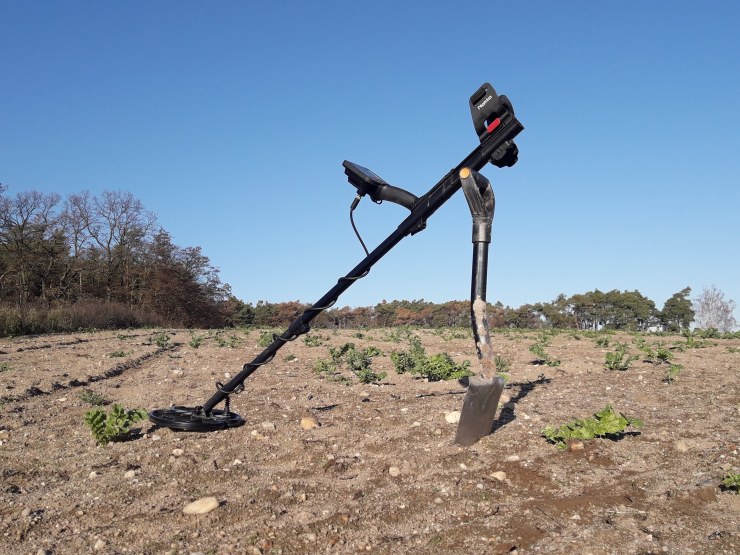 Since I already know some of the detectors from Nokia (Impact and earlier Fors Core), I wanted to try out this novelty. So I got the opportunity to try the Anfibio Multi model for myself.

I have to say that what immediately caught my eye is the fully telescopic triangular rod which I know well from the previous model. Unfortunately, the original intention with the Impact, to run the coil cable through the inner part of the structure could not be fully telescopic due to the volume of cables, so it was left to the lower rod. On the other hand, the cable routing of the Anfibio model is routed classically around the outer perimeter of the rod, making the design fully telescopic. This is a huge advantage for those who simply pack the detector into a backpack due to its 74.5 cm when folded.

Another surprise lies in the principle of the armrest mechanism, which is repositionable almost instantly by simply pushing the latch to one side and just as quickly locking it by pushing it back. The whole time, even with various wiggles, the armrest never moved. In addition, I very positively evaluate the ergonomics of the handle itself, which fits beautifully in the palm of the hand and makes the higher weight of the detector very pleasant to hold.

The Impact's predecessor is equipped with a standard IM 28 DD 28 x 18 cm coil, but the Anfibio model is different at first glance, the DD coil size is the same 28 x 18 cm AF28 type but it is no longer elliptical but circular.

I admit that I miss the classic folding stand, which I know from its predecessor. And I think it would really come in handy here, because the manufacturer surprised in the possibility to use an external Powerbank under the armrest. What then about the idea very interesting but if you lay down with such attached Pw.bank somewhere when tracking the target there is a direct contact with the surface. And if you're in clay soil that's been covered by rain for a while .... Well, like I said the stand is just missing. The Pwb mount (or: mounting overlay) can only be purchased as an accessory as well as the original external battery pack. Anyway, there is the possibility to use probably any Pwb of suitable size. I haven't tried.

(Note: I think that the Pwb attachment cover should have been supplied by the manufacturer already with the basic model - because the bottom of the armrest has a threaded nut on each side. The thread is not protected by anything and is very easy to clog. The available solution is to screw a screw into the threads

The menu and actually the whole display is very clear and the operation very intuitive. Here I would highlight that the lever on the bottom of the unit PINPOINT/ODL.ground influence is no longer there - which I personally welcomed, because I admit personally, sometimes instead of PINPOINT I used to dig into the debugging.Not to mention that even pairing wireless headphones was fine without this lever on the Impactune. Plus, the design intent is quite clear with this model which is full waterproofing as the whole machine is suitable for underwater searching.

Wireless headphones are included with this model by the manufacturer. Headphones are a great thing and I personally can't imagine a search engine at all without headphones. It's just that if they run out of power (it doesn't matter which way, I forget to recharge, or forget to turn them off, etc.) I'm basically relying on the speaker. Because you can't plug any other than the original connector into the charging/wired waterproof headphone jack. However, the manufacturer has a solution using a reducer for classic headphones with a 6.3 mm jack.Unfortunately, these are not supplied in the basic set. It is therefore possible to buy the reduction at least.Well, what to do....

The detector, as its name (Multi) suggests, can work in several working frequencies, from 4kHz - 14kHz - 20kHz. One would think that the "Multi" designation would mean that it can search on all three frequencies simultaneously, which is unfortunately a mistake and the name is a bit misleading. In that case, Impact is also (Multi). However, not every detector has this option. There is only one protective cover available for the unit so far - this is because the whole unit is waterproofHowever, those who walk the fields, and especially the sandy ones, know well what sand dust can do. Well, the problem would probably be with the coil and power outlet, so it is possible to use a very simple transparent drag cover, against scratches (manufacturer's accessory option). I think this is fully sufficient.

The handling and behaviour is almost the same as the previous Impact model. So those who already have some experience with the predecessor will have no problem adapting to the Anfibio.There are a total of 9 working modes in three different frequencies to choose from. I personally tested on two different sites. A sandy field with a mineralization of 75 and a semi-sandy field with a mineralization of 64. 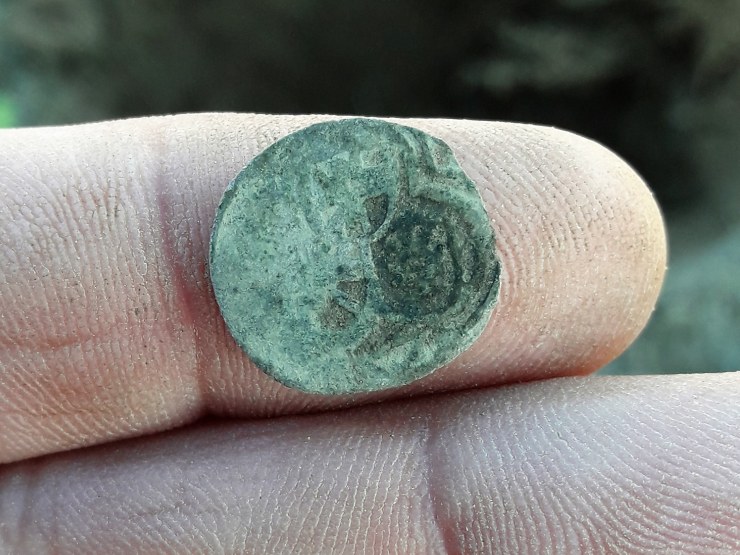 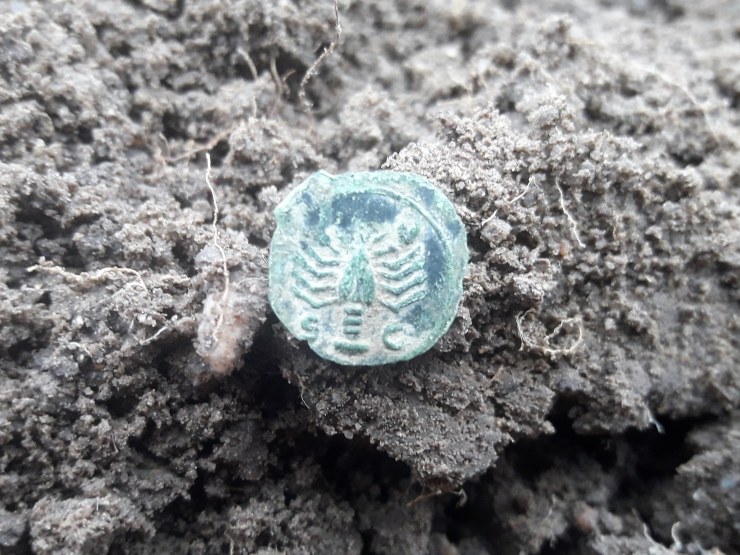 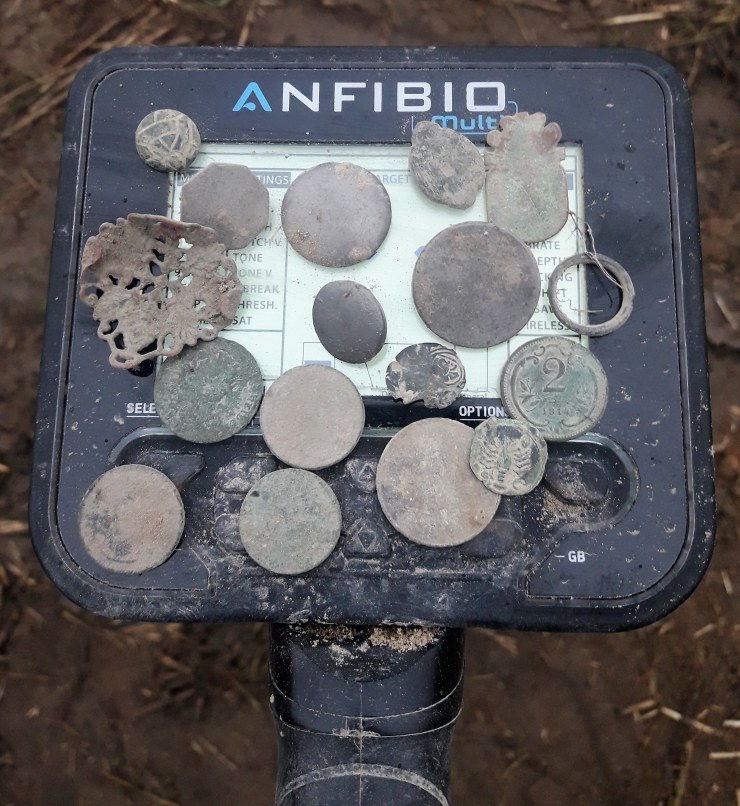 As I wrote the detector is not a feather, but by moving the armrest you can adjust the balance, besides I am not a golem, and yet all day long search does not give me the slightest problem. The Anfibio, like its predecessor, has a menu item: FQ.SHIFT. Although it doesn't seem like it, it's a very good helper in case of interference. Frequency shifting can usually eliminate the effect of interference from high voltage wires as well as between detectors. This option was also minimally used by many users of the previous type and I think it is a big mistake. That's why I'm glad this item has been retained.

Again, the separation is excellent and I might even say better, the response of the detector is literally lightning fast, and I appreciate this probably the most of any detector I have ever had. It is true that I don't fly around the field and I walk slowly but sometimes even that is not enough and I don't really enjoy crawling around the site. As for the depth range - again I would say that with the AF 28 coil used the range is even deeper. 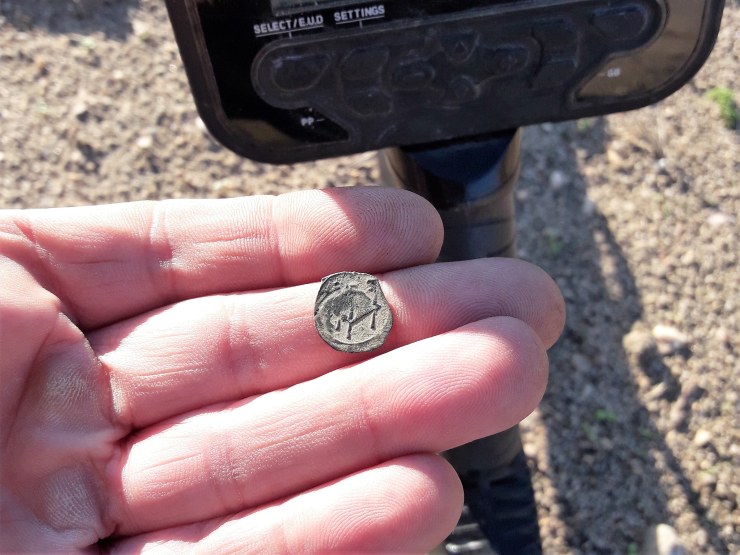 I had the opportunity to test two weekends and duly enjoyed them. I can definitely say that the detector was a success, both in terms of innovation of design elements and overall design that started its predecessor. The first time I turned it on, I was literally kicked. I didn't have the opportunity to use headphones, but the sound from the speaker is beautifully audible and quite distinctive. Operation and setup is very pleasant and with a little practice, very quick. Not only can it also do quite a decent amount of depth but even a very small amount of fretting is not a hindrance. And I'll say right off the bat that I'm in love with 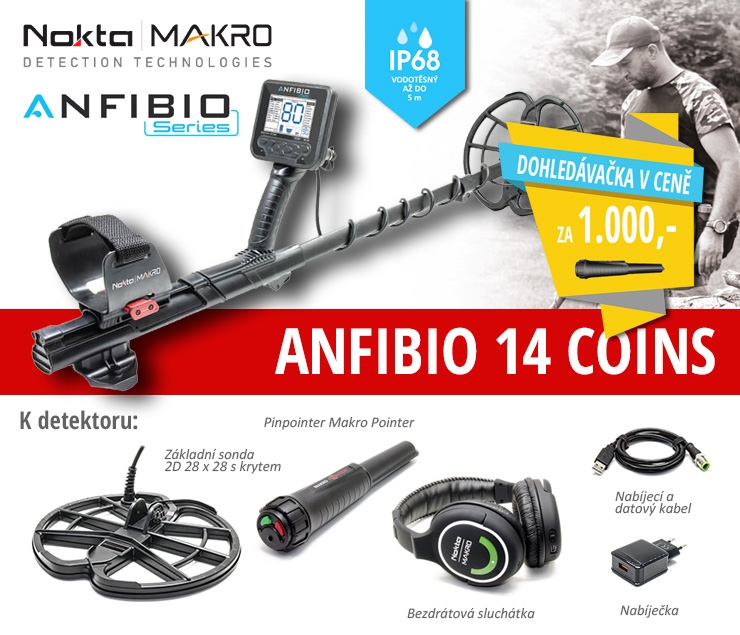 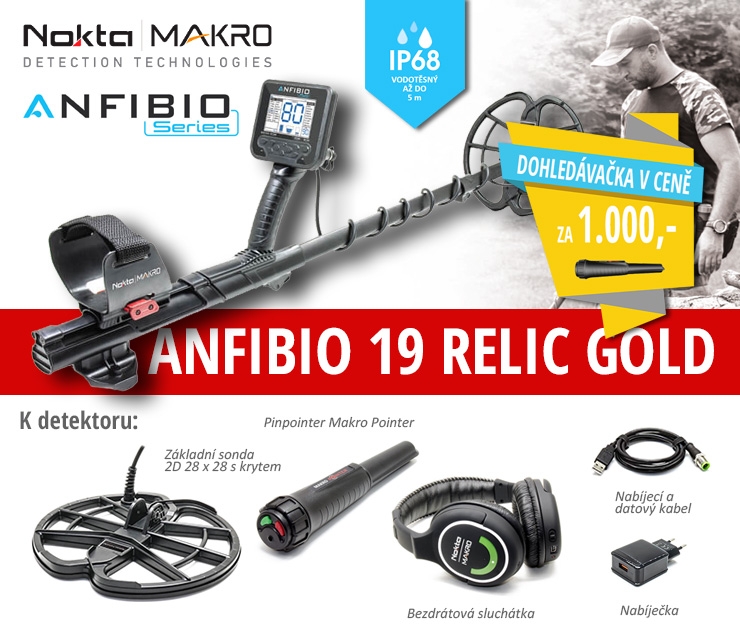 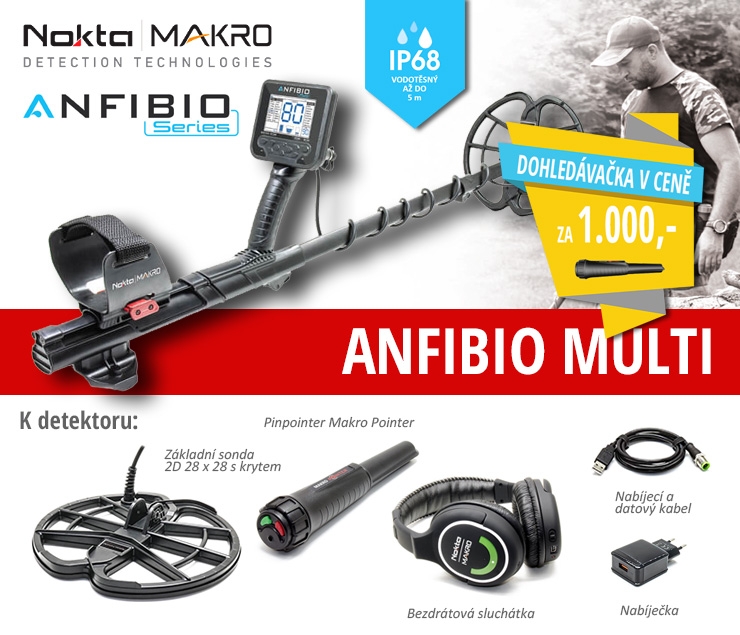