Fifteen years ago, archaeologists discovered the remains of a large farm in the French village of Laniscat, which had been in operation since the third century BC. They subsequently unearthed 545 Celtic coins made by the Gauls.

The farm covered an area of about 7,500 square metres. It had six entrances through gates. Inside there was a courtyard with a small enclosure for animals, which was probably also used for milking.

The occupants of the farm lived in a house with a small central fireplace from which smoke was vented through a thatched roof. There was also a dedicated area for grain handling and storage and smaller raised granaries. The grain needed to be aerated and protected from rodents.

Probably just before the Roman conquest, someone hid a treasure on the farm. Exactly 545 coins were scattered over an area of 200 square metres. This was the result of agricultural work on the land in question.

The new finds included rare coins and previously unknown variants such as Carantec type staters, of which only six were previously known. They have a human head on the obverse with hair arranged in thick strands on the left. A double beaded cord encircles the hair and has a small head at each end. In front of the face is a wild pig.

On the back sits a cavalier on horseback, which does not have a human head on the left. In his right hand he brandishes a spear and in his left hand he holds a shield. In front of the horse is a floral motif and below it a wild boar motif. They were made of an alloy of gold, silver and copper.

The discovery of this treasure should help archaeologists to define more precisely the eastern limits of the great settlement here. structured around two large fortified settlements, the oppida of Huelgoat and Paule, and a series of secondary settlements such as Quimper and Douarnenez. 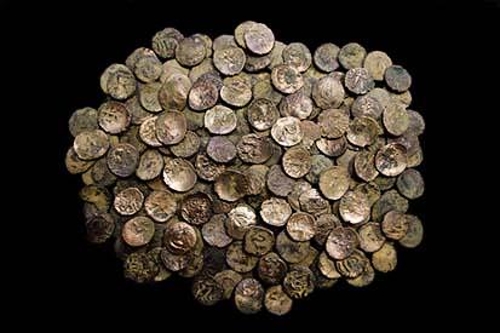 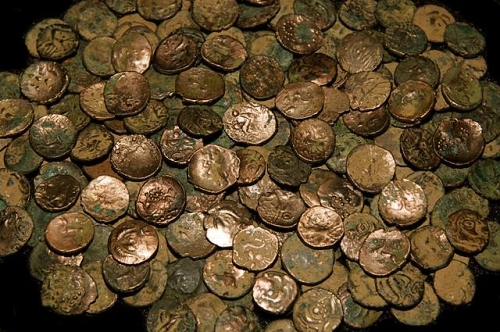 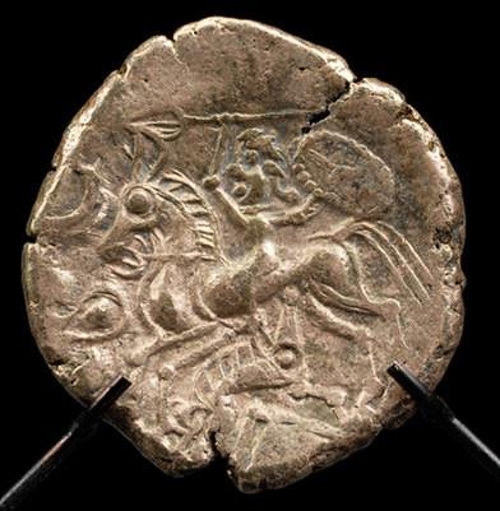